Peace At Any Price 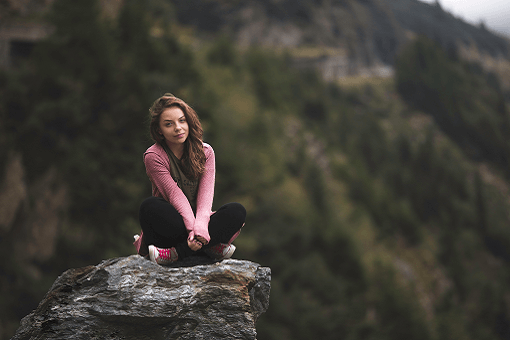 In this post, I’d like to talk about what peace really means – and why it’s important to focus on the right kind of peace in your life.

Not necessarily. Let’s take a closer look at the word “peace”. I checked it out on the Merriam-Webster site; they have six definitions. Lucky for us, we only need two. The first is “harmony in personal relations”. In other words, no one’s hassling you. And that’s what most people think of when they’re looking for peace in their day-to-day lives.

To understand why, we need the second definition: “freedom from disquieting or oppressive thoughts or emotions”. Basically, that means no stress – or at least nothing you can’t handle.

Of course, true peace is more than the absence of stress. But this definition is enough to show us what’s missing from the first one.

Let’s say you’re feeling worn out, and you’ve decided that all you want is some peace and quiet. No arguments, no guilt trips, no pressure. The weekend is coming, and you plan to spend it binge-watching your favorite shows.

Then your sister asks you to babysit. Again. You already know that won’t end well because it doesn’t end… until you say yes. She knows you get up early on Sundays, so she promises they’ll be back by 10. But by the time the car pulls into the driveway, it’s after midnight. Every time.

But you want peace more than anything, so you give in. Your sister’s happy – but what about you? You resent her for strong-arming you – and you hate yourself for letting her get away with it. So while you may have the appearance of peace, there’s nothing peaceful abut the way you feel.

So which kind of peace do you want? You can get relief from the pressure right now, or you can feel good about yourself and the choices you make. But when someone’s trying to manipulate you, you can’t have both. If you stand up for yourself, they’ll do whatever they can to make you squirm. They’ll try intimidation, guilt trips, begging – whatever it takes. And if they’re determined, they won’t stop until you change your mind. Manipulators count on us to do what’s easiest in the moment.

Our reward for giving in might be a smile, a thank you, or just the relief of avoiding another conflict. But that feeling doesn’t last. The more you give in, the worse you feel – not only about them, but about yourself. And that feeling doesn’t go away. Sure, you may stop noticing it for a while. But when you let others push you around, you give up things that matter to you – and you end up resenting them for it. And soon enough, giving in becomes a habit. It’s just easier.

In this world, it’s easy to value what’s going on “out there” more than what’s happening in our heads and our hearts. Making people happy feels a whole lot better than telling them no… until it doesn’t. Peace at any price just isn’t worth it. Because the price is your self-respect.