How to deal with passive-aggressive people 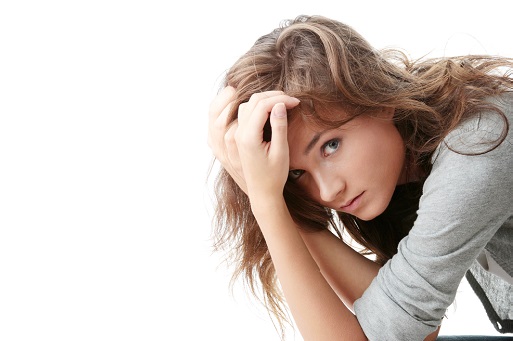 We’ve all heard about passive-aggressive people, and most of have probably called someone passive-aggressive (at least in our thoughts). But in my research, I discovered that passive aggression isn’t what most think it is. Internet and other “experts” are a bit mixed up when it comes to this term – and so are the rest of us.

So what does “passive-aggressive” really mean?

But according to Dr. George Simon, who’s written some powerful books on personality disorders, we’ve somehow confused “passive” with “hidden” – or “covert,” which is the term psychologists use. According to Dr. Simon, covert aggression is the underhanded, sneaky kind. Most of it is consciously chosen to either punish or manipulate us, but in a way that allows the aggressor to deny responsibility (and therefore still look good). People who hide their insults in “harmless” jokes or say and do things to make you doubt yourself aren’t being passive at all – just dangerously subtle.

Passive aggression is different. It’s usually covert, but by definition it’s not active. “Forgetting” to do important things is a classic passive-aggressive pattern. Any of us, however, might resort to this in moments of intense frustration or stress. That doesn’t mean that we’re passive-aggressive by nature.

A truly passive-aggressive person suffers from a personality disorder – and I do mean “suffers.” Covert aggression is usually conscious and often effective. It works because we don’t see the game being played. It stems from a desire to control someone – or punish the person for refusing to be controlled. People choose to engage in these tactics for selfish reasons.

These people have a great desire to be independent, but they don’t have the confidence to take charge of their lives. Even small failures (like choosing a disappointing movie or restaurant) can trigger feelings of shame. In order to avoid that emotional pain, they look for direction from others. But when they get that direction, they often perceive it as a demand. And since giving in to “demands” can make them feel weak, they resist going along.

So they alternate between trying to rely on others and passively resisting their help or ideas. Simple conversations can be infuriating. You’ve suggested half a dozen restaurants, and there’s something wrong with all of them. You feel like a child play a guessing game – but without the clues.

In case you haven’t noticed, these patterns are not effective. They don’t get people what they want. These folks just can’t win – and neither can you, if you’re in a relationship with one of them.

People with strong passive-aggressive tendencies can be pretty negative, which should come as no surprise. (Could anyone feel positive while living that way?) And when they’re angry, that conflict rears its ugly head again. They express their anger in passive ways, like pouting and forgetting to do important things. The silence tells you that something’s wrong, but you don’t know what. Once again, you feel like you have to guess.

Dealing with a passive-aggressive person

Of course, not everyone who won’t choose a restaurant, forgets to schedule the car for service or goes silent for an hour or two has a personality disorder. Sometimes we just don’t know what we want for dinner. And people often forget to do things because they’re too busy or distracted. And when we’re angry, we may want to keep quiet until we’ve calmed down. And that’s OK. It’s all part of being human.

But if you’re in a relationship with someone who might have a passive-aggressive personality, you’ll need to set some clear boundaries:

It’s important to remember that you’re not responsible for someone else’s unhealthy ways of relating. Don’t get hooked into trying to make this person happy; you don’t have that kind of power.

You might also remind yourself that these patterns come from a difficult place, and few people have the awareness or emotional maturity to do things differently. They need help, and the good news is that help is available.

But if they choose to continue doing what they’ve always done, you’re not responsible for that, either. Put your boundaries in place and do the best you can. And know that that’s enough.