Are You a Thinker? 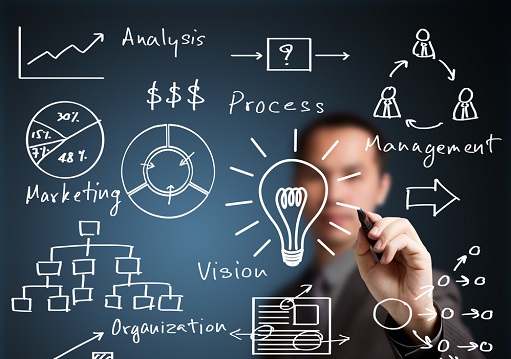 In my previous posts, I’ve told you about three of the four “temperaments” (which are categories of personality types); today I’ll be telling you about Thinker. (If you’re interested, you can read my earlier posts on Connectors, Planners, and Movers.) Also known as Rationalists and Theorists, Thinkers represent somewhere between 5% and 12% of the US population, depending on whose numbers you believe.

Thinkers are driven by a thirst for knowledge; they are always learning. They collect facts and theories the way some Movers collect adventures and stories. But in spite of this wealth of information, they often expect to fail. This is the Thinker’s greatest fear, and it can make them obsessed with improving their knowledge and skills. Whatever Thinkers do, they need to do it well. They can’t stand the thought of failing – especially publicly.

Thinkers are driven to explain, predict and control whatever it is that they’re studying. But it all starts with understanding. They want to understand everything – which leads them to question everything. Try not to take it personally; they don’t.

You see, no one has intellectual authority over a Thinker. “Because I said so” will never do. Even the words of an established authority aren’t enough; they must determine the truth for themselves. Never tell Thinkers what to think; that’s their domain. If you want to change their minds, give them new information to consider. Then leave them to draw their own conclusions.

Thinkers are some of the most intelligent, practical people you’ll ever meet, and they approach problems from more than one angle. They’re not interested in the office gossip, and they don’t respond well to intense expressions of emotion. They want to know how things work. When it comes to people, they’re much more interested in what makes them tick than who’s sleeping with whom. This combination of intelligence and practicality has made them some of the wealthiest people in the world.

Thinkers want to discuss ideas with their intellectual equals, exploring the possibilities and eliminating theories that don’t work out. Unfortunately, they struggle to find others who can keep up with their mental gymnastics. But they want us to at least try!

This creates a problem: On the one hand, they want you to try to keep up with them. On the other hand, they probably don’t expect you to succeed (unless you’ve already proven yourself). They can be rather dismissive when your input doesn’t meet their standard – so much so that some people report feeling as if they don’t exist when they’re around a Thinker. And if you do manage to keep up with them, they may express genuine surprise. (How flattering!) Thinkers don’t mean it personally, but people of other types can be offended by their attitude.

This reaction confuses them – if they become aware of it. Thinkers are uncomfortable with emotion, and they often miss the subtle signs that they’ve upset someone. Their decisions are based on logic and data, not feelings. They see emotions as irrelevant – which is why their ability to express and understand them tends to be limited. They speak the truth as they see it, usually in as few words as possible. They usually don’t mean any harm; they’re just calling it like they see it. Their fellow Thinkers are fine with this, but the other 88% of the population can find it abrasive.

Thinkers aren’t all that concerned with what others think of them, but when they realize that something isn’t working, they may resort to using a formula for important interactions. So if your conversation with a Thinker feels awkward, don’t agonize over what you’re doing wrong. Just go with the flow.

What would we do without Thinkers? Thanks to their great need to understand the nature of things, they are among our top scientists, engineers, and philosophers. They are by nature focused on the future and the possibilities it holds. To them, the past is dead, except for the lessons it can teach us. Thinkers have brought us some of our greatest advancements in science and technology. Famous examples include Bill Gates, Steve Jobs, Rene Descartes and Richard Feynman.

If you’re a Thinker, know that someone who wants to manipulate you will most likely do so through your emotions. You might wonder how that could be possible when you place so little value on them. But that’s precisely what makes this approach so effective – you’re not likely to see it coming. Be wary of people who play on your desire for others to understand and appreciate your ideas or who use your fear of appearing foolish to get what they want.

← How to Avoid the 3 Big Boundaries Mistakes that Can Ruin Your Holiday Are You a Mover? →